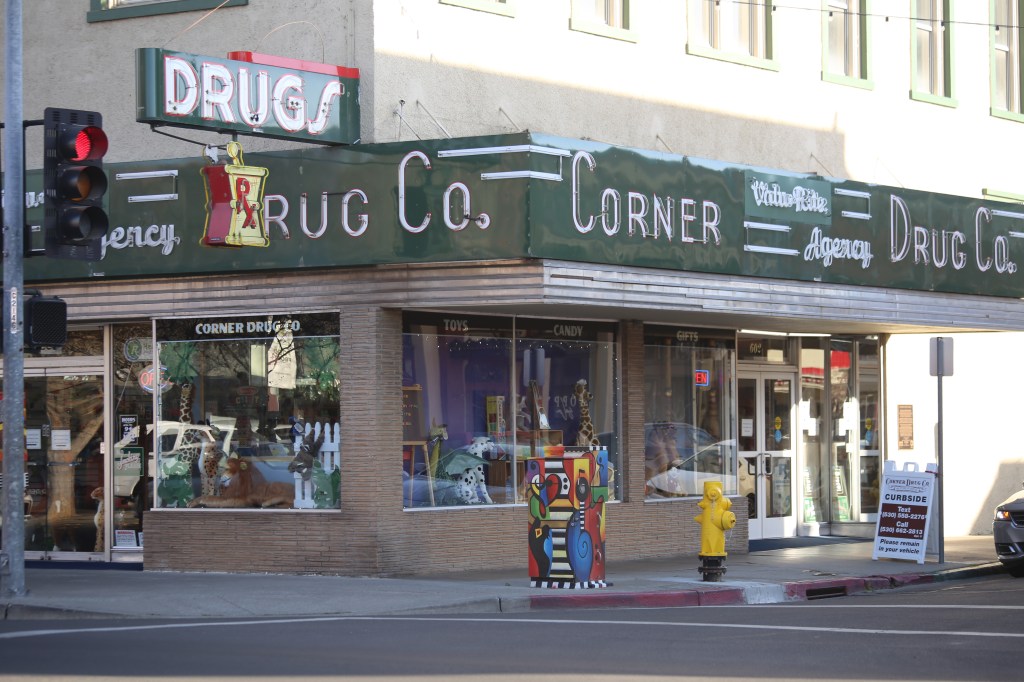 The Woodland City Council approved a proclamation recognizing Corner Drug — located at 602 Main St. — for its 125th year in business.

To celebrate, the drugstore held a celebration during the city’s First Friday festivities to honor the history of the company and the community it has supported for generations.

“We are ready to welcome people back to our store,” Erik Daniells, co-owner of Corner Drug, emphasized in September. “I know there are people who haven’t been indoors since the pandemic and were not aware of the many services and products we offer.”

The pharmacy was established in 1897, making it the third oldest pharmacy in California and the second oldest in its original location.

Councilman Tom Stallard read the proclamation at Tuesday’s council meeting and explained that a drugstore has been in continuous operation on the corner of First and Main Streets since Wallace Pond opened his shop in 1897.

“The owner in 1903 was HP Elder, in 1909 the ‘chemist’ was F. Von Jochumsen, and in 1913 FS Lawhead and a Mr Hume ran the shop,” Stallard stated. “Shoe’s Corner Drug Store came next and then the store was bought by Mike Crete and Jesse Vickery. The store was established on February 5, 1934, and was the first Walgreens desk store in California.”

Stallard added that Vickery retired in 1979 and that one of his partners, Karl Hanke, became the new owner.

According to Stallard, Shelley focused on the pharmacy business, while her husband ran the front-end business. They have three children; Sarah, James and Kristina.

Stallard noted that the drugstore is one of Woodland’s oldest businesses.

“You may wonder in this age of technology and huge stores everywhere how a corner drugstore continues to be the success it is,” Stallard stressed. “They treat everyone wonderfully. They go above and beyond for their customers and the service is great.”