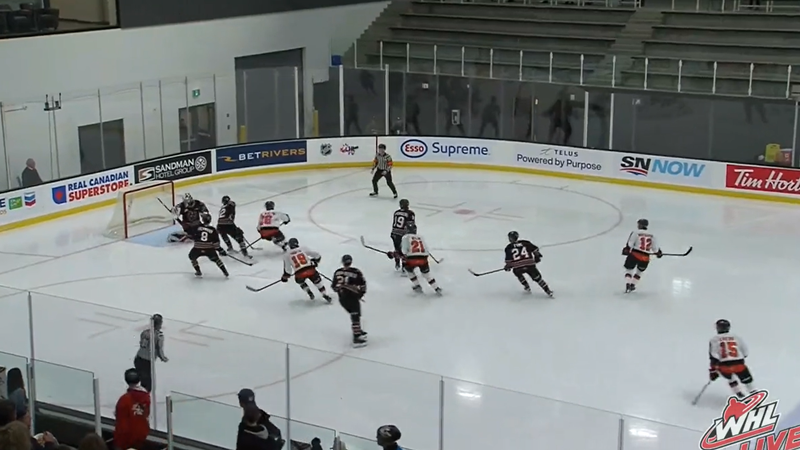 Only one goal would be scored in the second frame, coming from Hitmen Forward Oliver Tulk’s stick. It was Tulk’s 7th goal of the season and his 13th point.

Leading 3-1 in the third period, Calgary would add two more goals to secure their lead. The first came from Sean Tschigerl 7:50 in the final frame, and the second would be scored by Carter Yakemchuk to round out the score at 5-1.

All three stars went to the Hitmen, including Riley Fiddler Schultz with 3 points, Sean Tschigerl with 2 points and London Hoilett with 2 points in that order.

After the loss, Medicine Hat has a record 4-7-3 through 14 games this season and is in 10th place in the Eastern Conference.

The Tigers don’t have much time to rest as they head back home for a 7 p.m. game at Co-Op Place Saturday against the Lethbridge Hurricanes. The Hat defeated Lethbridge 9-1 in their home game on September 24.

If you can’t get into the game, you can listen to all the action live on Wild 94.5 with the voice of the Tigers Gino De Paoli.