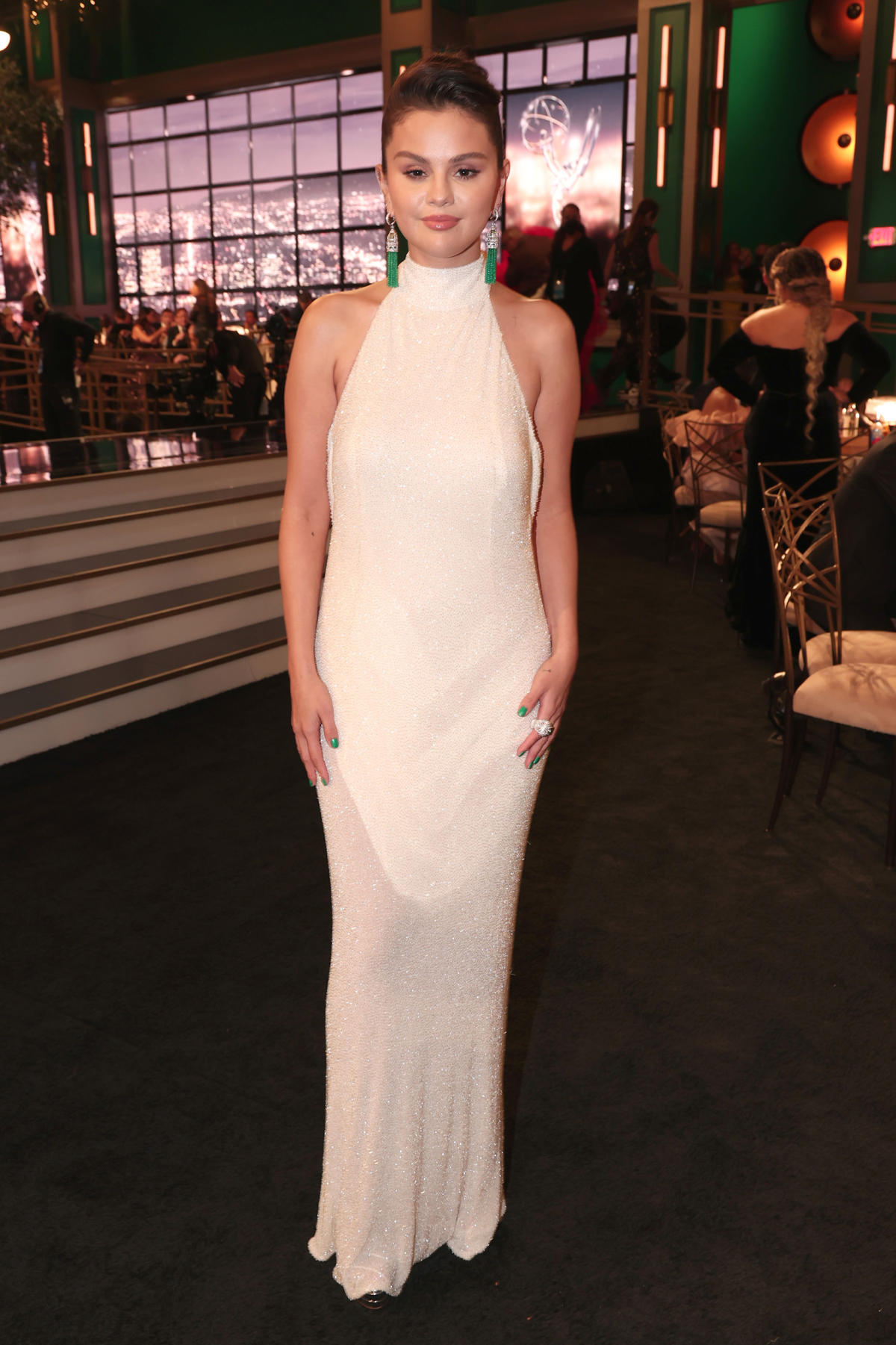 Selena Gomez’s dress for this year’s Emmys gave her a bit of a problem.

During an appearance on “The Kelly Clarkson Show,” Gomez talked about her appearance at the 74th Primetime Emmy Awards in her gorgeous white Celine halter dress.

“My dress was actually crawling up all the time,” she said. “So a lot of people saw something they didn’t want to see.”

At the awards ceremony, Gomez wore her breathtaking gown on stage to present the Emmy Award for Outstanding Talk Shows. She was joined by her “Only Murders in the Building” co-stars Steve Martin and Martin Short.

But while Gomez’s dress may have been prettier than it was comfortable, Clarkson said the actor still looked “so radiant” on stage.

“It was so beautiful,” Clarkson said.

During their interview, Gomez also spoke about her new Apple TV+ documentary, “My Mind & Me”, where she talks about her mental health journey, the enormous pressure she feels to be famous and more.

When Clarkson asked what it was like for Gomez to be so candid in her documentary, she said that while it gave her strength to talk about difficult times in her life, she was also very afraid to do so.

“A lot of people are going to see this whole other side of me and I’m like, ‘I hope they like it,'” she said.

In “My Mind & Me,” fans learn a lot about Gomez, including how her mother learned about her 2018 hospitalization from TMZ and how Gomez may not be able to bear children due to medications she’s taking for her bipolar disorder.

In a voiceover in the documentary, Gomez said that “it hurts” when she thinks about her past. In 2020, she publicly revealed her bipolar disorder after being first diagnosed in 2019.

But after adjusting to the disease for quite some time, Gomez has learned to live with it.

“It’s something I’m not ashamed of. I had to learn things that were completely off my mind. It was like, ‘Hey, you’re not a bad person. You are not a rude person. You’re not crazy. You are none of this. But you’ll have to deal with this. I know it’s a lot, but this is the reality,” she said.

This article was originally published on TODAY.com