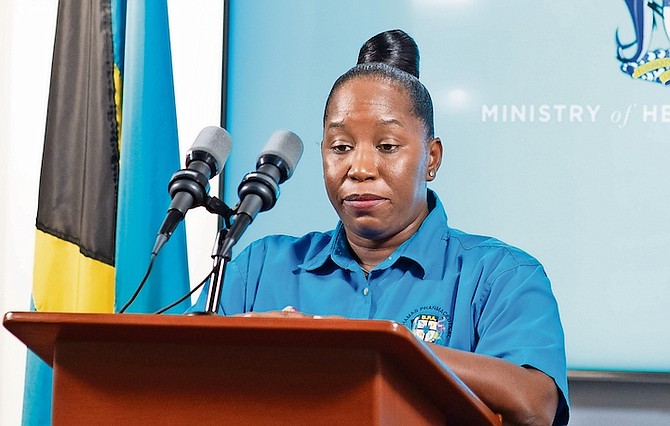 The president of the Bahamas Pharmaceutical Association has tried to clarify the motive behind the closure of some pharmacies this week, saying it was not contempt for the government, but to protect the companies from penalties for failing to implement the new regulations. .

“Our closing of doors was not based on clinging to the government,” said Shantia McBride, the BPA president on Friday.

Ms McBride spoke at the Rotary Club of East Nassau, explaining that many pharmacies were unwilling to meet the government’s announced November 1 price control extension deadline.

Therefore, the decision to advise private pharmacies to close their doors was designed to avoid being fined, McBride said.

“I’d like to tell you that the pharmacy is heavily inspected,” she said. “My store is sometimes inspected twice a month, so we know inspectors are coming. In the event that an inspector goes to a location, the first line item is $5,000, it’s a $5,000 fine.”

She added: “So even if one location had been inspected, a pharmacy could have closed. It’s more or less to protect us from that because we weren’t ready for November 1. We knew that if an inspector came we would be fined so that was the necessity to close that day (Tuesday).

The BPA president advised group members on Monday that it was in their best interest to close their doors, forcing several private pharmacies to close their operations.

However, on Wednesday, the government and the Bahamas Pharmaceutical Association were able to reach a “win-win” agreement that not only expanded the drug category to the price checklist, but also established uniform margins of 20 percent and 40 percent for retail and wholesale operators, respectively. .

The compromise was announced on Thursday, with Economy Minister Michael Halkitis saying it was “an even better outcome we think than we originally got” as drugs for cancer and kidney disease will now be included.

Halkitis also said the changes would take effect Thursday night at the stroke of a pen.

“Our original amendment had margins of 15 percent in some cases. Some were 18, some were 35 and some were 40 and the association said it would be easier for them if they had one wholesale margin and one retail margin instead of two different wholesale margins and two different retail margins,” the minister said. Thursday during a press conference at the Prime Minister’s office.

The Princess Margaret Hospital is open Monday through Saturday from 8 a.m. to 4 p.m. to fill outpatient prescriptions.

The Sandilands Rehabilitation Center has resumed normal hours of operation on Tuesday, Wednesday, and Thursday from 9 a.m. to noon to fill out outpatient prescriptions.