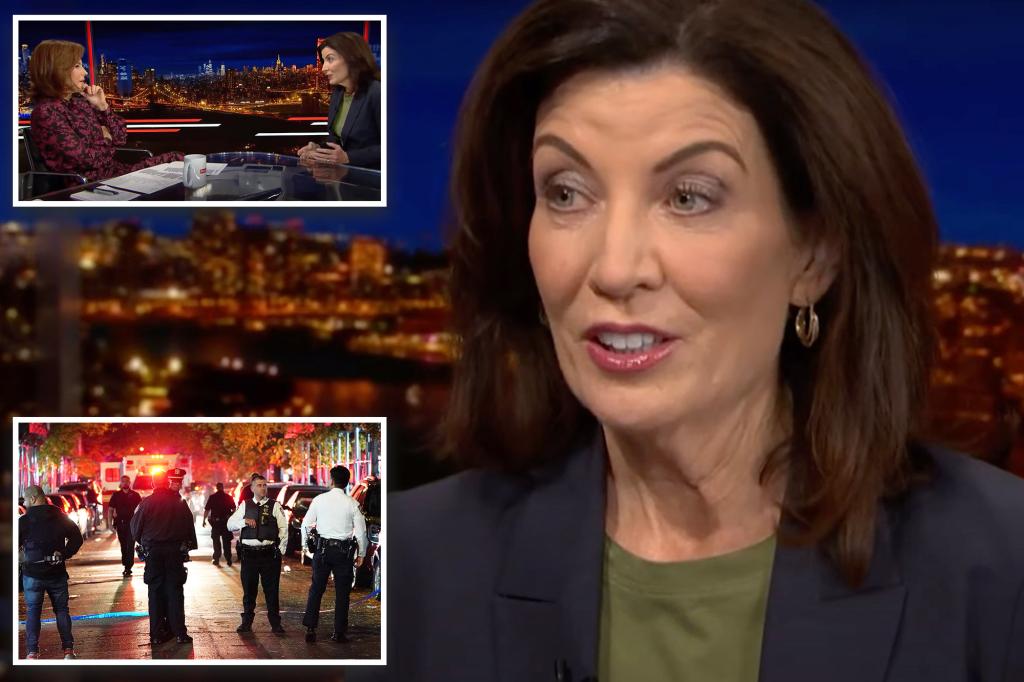 Governor Kathy Hochul got a call about the state’s out-of-control crime wave on MSNBC — of all places — where an anchor on the ultra-liberal network even told her “we don’t feel safe.”

‘Here’s the problem. We don’t feel safe, you may be working closely with Mayor Adams, you may have spent a lot of money, but I walk into my pharmacy and everything is locked because of shoplifters,” host Stephanie Ruhle said during her interview with Hochul on her show. “The 11th Hour” Friday.

‘I’m not taking the subway. people don’t feel safe in this city. So maybe you’ve done these things. But right now we don’t feel well. We’re afraid we could be San Francisco?”

Crime in New York City has risen across the board since Hochul became governor last year, and critics say the rise is fueled by repeat offenders who have sprung up time and again because of the state’s bail reform bill of 2019.

“We’ll never be San Francisco,” Hochul was quick to interrupt, saying that the “most horrific” crimes — murders and shootings — had decreased from last year and that she was taking steps to rectify the increases elsewhere.

Once Hochul expected to take the win, but suddenly she found herself in a neck-and-neck race with Long Island GOP Rep. Lee Zeldin.

Hochul has gone after Zeldin because of his anti-abortion stance and his close relationship with former President Trump, who remains highly unpopular in the Empire State. She also warned that as governor, Zeldin would have the power to pardon Trump if he was convicted of state crimes.