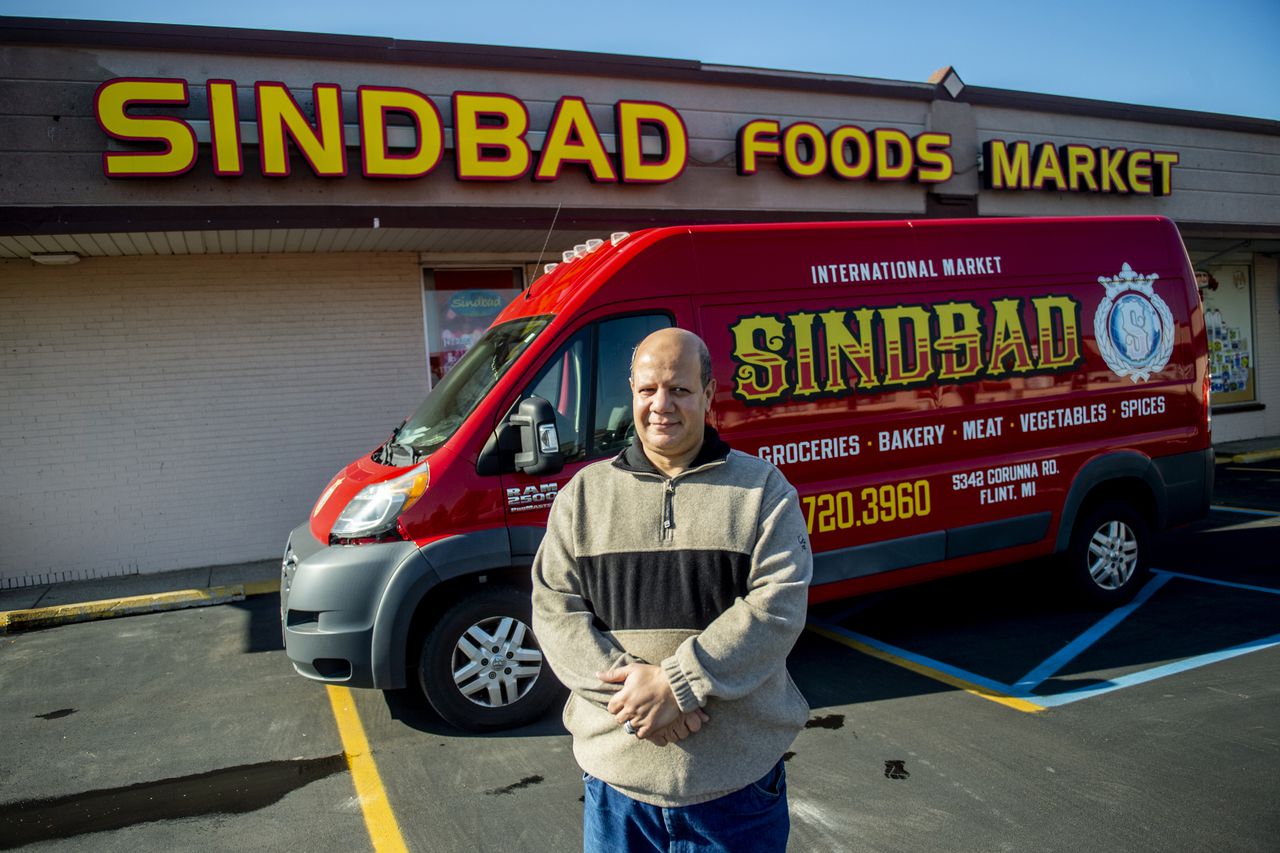 From Middle Eastern to Latin American, Greek and Indian food, Sindbad offers something no other Flint-area supermarket offers in its 7,000-square-foot building.

“Any customer can walk in and ask ‘can you cut this for us’? and I’ll do my best,” said owner Magdy Yasseen. “I’m always looking for the exotic items, things you won’t find at Kroger or Walmart.”

The store is located at 5342 Corunna Road in Flint Township. It is named after ‘Sindbad the Sailor’, a fictional sailor and one of the most famous heroes of Middle Eastern literature.

Yasseen is originally from Egypt. The number 1 priority in his store, above the food, is the cleanliness.

“It’s very important to me to make sure the store is clean,” says Yasseen, who has owned the store since 2013. “The previous owner had many complaints that the store was not clean. I took the risk and now thank God for it.”

Yasseen emigrated to the US in 1996 and was an executive manager for a design company in San Diego.

After living in New York shortly after, he moved to Flint and found that there was no major Middle Eastern grocery store nearby.

That’s what inspired him to buy Sindbad Grocery Store.

The pita bread he makes, Yasseen said, is loved by everyone in the province.

“What I’m putting in the pita bread is very hard for other companies to do because they’re going to lose money,” he said. “I don’t make any money with it. After I’ve done the nice, high-quality olive oil and ghee, it’s not worth selling for $3. But I still do it.”

Yasseen buys the meat with premium quality. The meat is Zabiha halal, which means that the animal is slaughtered according to the teachings of Islam.

The process of making the meat is slaughtered by hand by cutting the animal’s throat. The animal’s blood is completely removed from the body and ensures the consumer of healthy meat.

“I’ll give you the food I eat at home,” Yasseen said.

Some of the selections on offer include dates, dry beans, exotic oils and spices, and a wide variety of rice shipped from abroad.

A popular Latin American vegetable, Yuca can be found in Sindbad, as well as Organic Black Seed Oil, which is known for its myriad of health benefits.

If tea and coffee is your thing, Sindbad has it. Yasseen specifically has Johar Joshnda tea, which helps in curing flu symptoms.

He also offers baklava shipped from Dearborn’s Shatila Bakery, one of the most popular Middle Eastern confectionery stores in the country.

Yasseen starts his day every morning at 3 a.m. and works to open a wholesale grocery store in West Bloomfield.

His dedication to serving people the best food is why customers keep returning.

“There are things here that nobody has,” he said.

Opening hours for Sindbad Food Markets are 10-6 Monday-Saturday and 11-2 on Sunday.

Read more at The Flint Journal:

African American Film Series in Flint kicks off this month