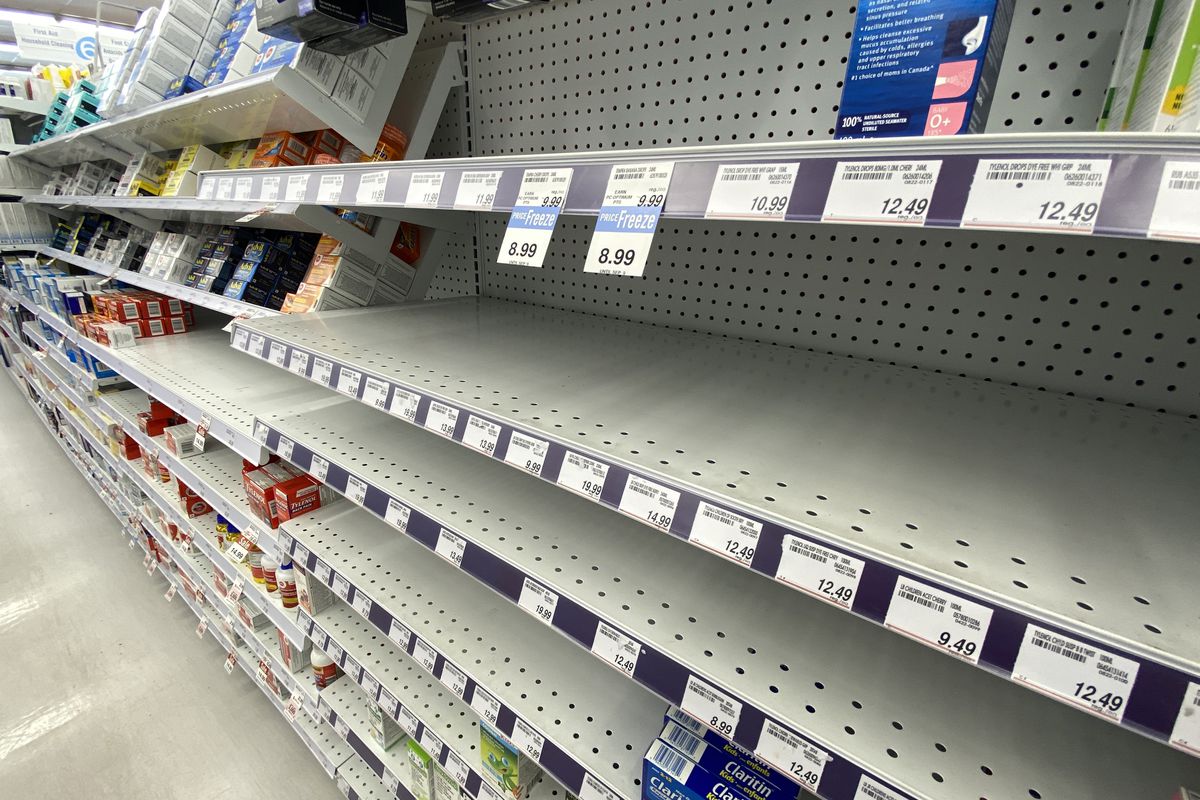 Canada has waived bilingual labeling rules and other requirements to bring tens of thousands of doses of children’s pain and fever drugs into the country to address a nationwide shortage. Some drugs have already arrived and will be heading to hospitals across the country in the coming days, according to Health Canada’s chief medical adviser.

The drugs, imported from the United States and Australia, are sent first to hospitals, where the sickest children are and the need is greatest, Supriya Sharma said in an interview on Friday. But the government is waiting for proposals from pharmaceutical companies willing to send more products into the country so that individuals can buy them without a prescription.

“We absolutely understand,” said Dr. Sharma. “It’s upsetting to have a child who is in pain or has a fever.”

The imported pediatric formulations of ibuprofen, sold under the brand names Advil and Motrin, arrived in Canada this week, and acetaminophen, sold under the brand name Tylenol, will arrive next week. The drugs have been scarce across the country in recent months. The situation has become increasingly challenging in recent weeks as respiratory syncytial virus (RSV) cases have begun to rise unusually early in many parts of Canada.

While there were some supply issues earlier in the spring, Dr. Sharma that Canada did not experience an unusual and significant increase in demand for children’s medication until mid-August. Other countries with similar virus seasons, namely the US and Western Europe, did not have the same purchasing growth at the time, suggesting panic buying here could be a major contributor to the shortages, said Dr. Sharma.

“It starts and then snowballs,” she said.

Health Canada approves pediatric pain and fever medications prepared for other markets in the country through its exceptional import regulations, which are designed to help reduce such shortages. That means Canada-specific requirements, such as bilingual labeling, have been dropped to meet the urgent need, as long as the products are considered safe.

Iris Gorfinkel: Canada is not making the most of its GPs’ time in the face of critical shortages

“There is nothing on the regulatory side that needs to change. It’s a matter of companies having an offer they can pull in to have it available,” said Dr. Sharma.

Health Canada has so far only received proposals for exceptional imports of pediatric medications for use in hospitals, said Dr. Sharma. In addition to the greatest hospital needs, many of the imported doses are in bulk formulation, which are difficult to send to a community pharmacy for individual sale.

dr. Sharma said some manufacturers have indicated that they plan to submit applications for exceptional imports of children’s medicines to the community in the coming days or weeks.

The challenge then becomes managing the supply and making sure some people don’t hoard the medication, said Dr. Sharma.

She also emphasized the fact that there are some alternatives to buying medicines for pain in children and fever. For example, compounding pharmacies have the ability to make those drugs for children on-site, and there are no existing shortages of the raw materials used in those processes, said Dr. Sharma.

Emily Gruenwoldt, president and CEO of Children’s Healthcare Canada, said the shortages indicate we need to better prepare for such scenarios.

“We need emergency reserves,” she said.

Karen Gripp, medical director of pediatric health in the emergency department at the Children’s Hospital of the Health Sciences Center in Winnipeg, said planning can help prevent these kinds of shortages.

“If the pandemic has taught us anything, it’s that we need to focus on emergency planning,” she said.