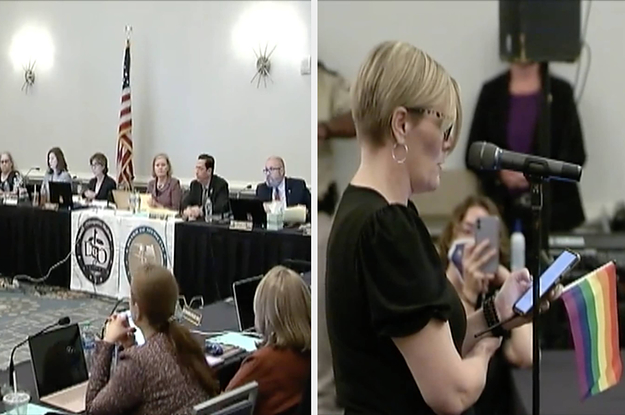 Bruggeman treats transgender patients at the University of Florida’s Youth Gender Program, where she said the average age of patients is around 17. She prescribes hormone blockers to her patients, who have already undergone a mental health assessment before meeting them. She said she was frustrated by the council’s decision and has received several calls from concerned parents about their children’s health care.

National medical organizations such as the American Medical Association and American Academy of Pediatrics have spoken out against the ban on transgender care in the past.

“Transgender children, like all children, have the best chance of thriving when they are supported and can receive the health care they need,” the American Medical Association wrote in a statement after Arkansas imposed a state ban on gender-affirmation care in 2021. .

Many have expressed their dissatisfaction with the decision. Videos from the voting room show protesters holding up placards as they chant: “We will not be silenced, Stonewall was a riot.” Others have taken to social media to voice their criticism of the restrictions.