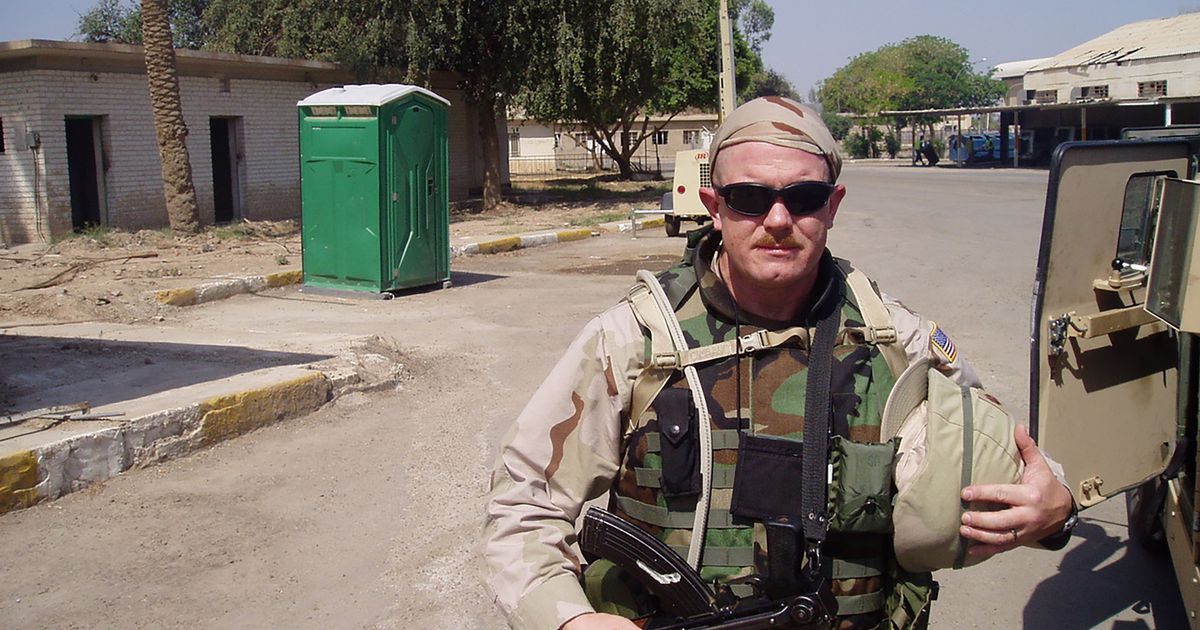 Semsel met his wife, Ki, at OU and the couple had two daughters, both of whom got used to the military lifestyle of moving every few years.

But his military career not only gave Semsel the chance to see the world, but it also helped him develop a unique skills and strength to overcome hardships.

“After retiring from the Air Force, I decided to start working to support our veterans,” Semsel said. “I eventually got a job with Goodwill Easter Seals locally and ran their veterans program and in 2020 I moved to a job with Montgomery County Veteran’s Services.”

Semsel helps companies understand the “military mindset” so they can be more successful in recruiting and hiring veterans for their workforce. But a personal health story that could have ended his career ultimately changed his life for the better.

“In 2001 I was diagnosed with thyroid cancer,” said Semsel. “I had a complete thyroidectomy, followed by radiation.”

In 2002, Semsel underwent another major surgery to remove cancerous lymph nodes, and in 2005 he had a third round of radiation. And in 2014, his doctors told him never to expect complete remission.

“There is always a chance that my cancer will return in the future,” Semsel said.

After his surgery to remove his lymph nodes from his neck in 2002 while stationed in Hawaii, his surgery officer at the time convinced him to run the Honolulu Marathon with him. Semsel agreed, even though he had stopped running years earlier.

“When I came out of surgery, I couldn’t bring my arms up to my shoulder,” Semsel said. “The whole concept of a marathon was beyond me as I had never run more than eight miles before.”

Semsel trained daily for eight months and ran that first marathon, although his operations officer was unable to participate due to an injury.

A deployment to Iraq gave Semsel some downtime with not much to do except daily driving. He re-entered the Honolulu Marathon and in 2007 ran the Columbus marathon.

“I kept setting myself goals and knew I could only get faster,” said Semsel.

During one of his runs, he met a member of the Marathon Club of 50 States and decided to set a new goal to run marathons in all 50 states. He vowed to finish all 50 before his 50th birthday.

“I ran the marathon in my last state in Eugene, Oregon in May 2016,” Semsel said.

Today, Semsel still supports local veterans and is committed to doing what he can to stay healthy. He recently had to stop running marathons after an injury, but before that he had successfully completed 33 “ultra” marathons – a few to 100 miles.

“I loved the constant motion of running for 26-28 hours straight,” said Semsel. “For me, running is also a mental health gain.”

Semsel attributes his life transformation to that operations officer who urged him to run his first marathon years ago. And now that he has left his marathon career with some injuries, he has taken up triathlon races – consisting of swimming, cycling and running or walking over various distances.

“I found that if I was fast enough on the bike and swimming, I wouldn’t have to run so fast,” said Semsel. “I’ve really learned to love the bike and the pool.”

And Semsel continues to give back to his community by coaching local runners in Kettering.

“I mainly work with middle-aged people who want to learn something different,” Semsel said.

Teaching people to work with the capabilities they have and to push themselves beyond what they think they can is the focus of Semsel. His military experience, health problems and everything in between have taught him how much positive attitude can change a life.

“I tell everyone I meet who has just been diagnosed with cancer how much attitude can make a difference,” Semsel said. “It really changed my life.”