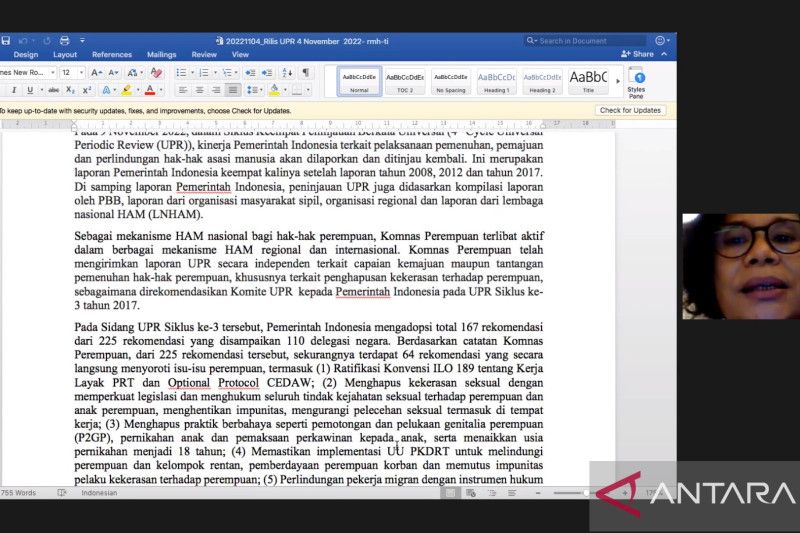 Jakarta (ANTARA) – Member of the National Commission on Violence Against Women, Rainy Hutabarat, said the abuse of a woman and her daughter in Depok, West Java, in which the child died, was an extreme form of gender-based violence.

“The National Commission on Violence Against Women saw the girl’s murder as extreme gender-based violence as a culmination of domestic violence,” she noted Saturday.

Hutabarat said the murder was not an ordinary crime, so the perpetrator must be dealt with severely and punished.

“The offender must be (firmly) punished because, first, the aspect of children’s rights as required by the Child Protection Act, that those who are a child have the right to be protected by his or her parents and have the right to be free of torture Second, gender-based murder,” she explained.

The perpetrator also committed sadistic physical assault against his wife.

“The perpetrator committed sadistic physical violence against his wife. That means a form of violence that is life-threatening,” he noted.

The commission stated that domestic violence should not return, let alone life-threatening torture that could even lead to death.

They also stressed the importance of restoring the physical and psychological well-being of the victims in order to lead a normal life.

“It is important for female victims, who are in critical condition, to receive physical treatment to recover and for psychological recovery so that they are (healed) and strong to live their lives in the future,” he said.

The perpetrator of extreme gender violence was RNA, 31, who assaulted his biological daughter, KPC, 11 to death. He also abused his wife NI, 31, causing her serious injuries.

The tragic incident occurred in the Pondok Jatijajar Cluster Housing, Tapos, Depok, West Java, on the morning of Tuesday, November 1.

It all started when the couple got into an argument, as RNA was angry that NI was pushing for divorce and eager to leave the house.

Related News: Surabaya is committed to protecting children through childcare