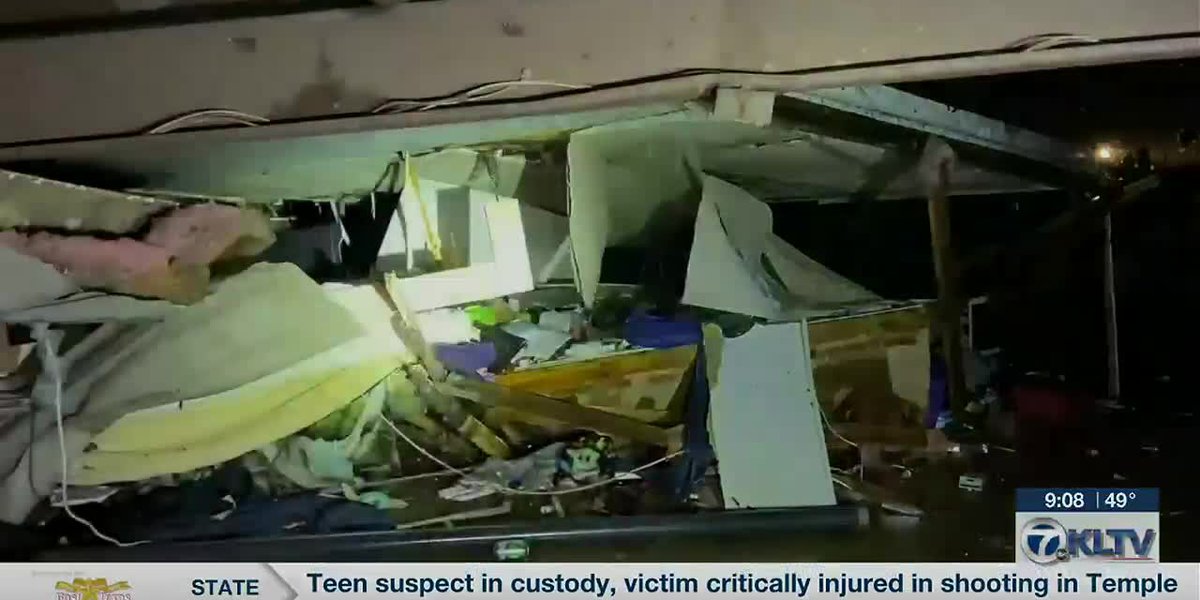 Jose Rodriguez says he just got home and was aware of the tornado warning. He thought he would secure some things outside. He didn’t expect it to get this bad.

“And when I went out, I heard a very bad cracking sound that came over this land. So I came running and found that this trailer is on top of this part of the porch and flips over. And there were three girls there. Two kids and a mom in there,” Rodriguez said.

He says it was two nieces and a sister-in-law and they crawled out of the wreckage as he ran towards them.

“She had a cut on her leg and it was bleeding so much. That was the one who was about seven years old,” Rodriguez said.

He says they couldn’t find any medical supplies in the destroyed mobile home.

“All we could do was put on a belt to stop the bleeding. By the time the state agent arrived, he came in with band-aids. And I think an emergency doctor is coming to help us,” Rodriguez said.

“We try to help each other here, as a family or as a neighbor. It could also be my neighbors. I mean, if I see something happen, I’ll go there and help them,” Rodriguez said.