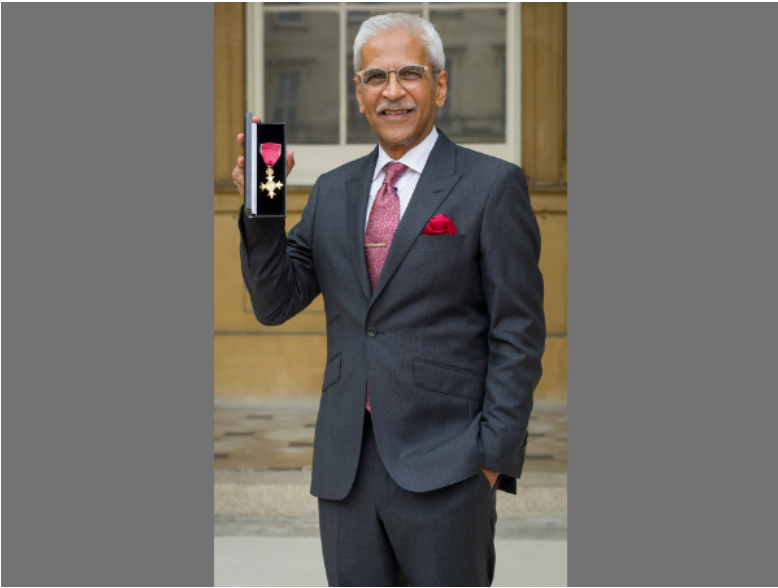 dr. Mahendra Patel, a pharmacist from Btradford, collected his OBE on October 12 at a historic investiture ceremony at Buckingham Palace, the first to take place since Queen Elizabeth II’s death on September 8.

Anne, Princess Royal, the host of the ceremony, honored Patel. The renowned pharmacist was awarded the OBE on the New Year’s List for his tremendous contributions to pharmacy. His certificate for services was signed by the late Queen.

To the contributions of Dr. Patel include improvements in the prevention of type 2 diabetes in South Asians; helping the National Health Service save millions of pounds from being spent on wasted medicines; developing drug therapy to prevent hospitalization due to Covid-19 infection; etc, Telegraph and Argus reported.

The professor said in a humble tone: “This award is not just for me, but for all those wonderful people around me, including the organizations and institutions I have worked with over many years, which have allowed me to make a difference to many, including especially around improving health and health inequality I am especially grateful for the support of my family and their perseverance with me.

“Coming to the world’s number one university and research platform as a complete stranger from the outside and being able to play a national role alongside a team of highly skilled and motivated professionals has been incredible. We have one common goal: to strive to make a difference by improving health outcomes, not only in this country, but also internationally,” he added.

Patel, a Fellow of the Royal Pharmaceutical Society, has been instrumental in ensuring the appropriate diversity and representation of participants in the PANORAMIC and PRINCIPLE studies – conducted by the University of Oxford. Both were guided with a sharp focus on diversity and inclusion, developing grassroots multi-group partnerships in the UK.

The PANORAMIC and PRINCIPLE teams congratulated Professor Patel on his achievement.

When asked what message he would share with young generations growing up in Bradford, Patel was quoted as saying: Telegraph and Argus“You just have to go with the faith in your heart – motivation, passion and determination to do it as honestly as possible. It’s about taking people with you, rather than leaving people behind.”