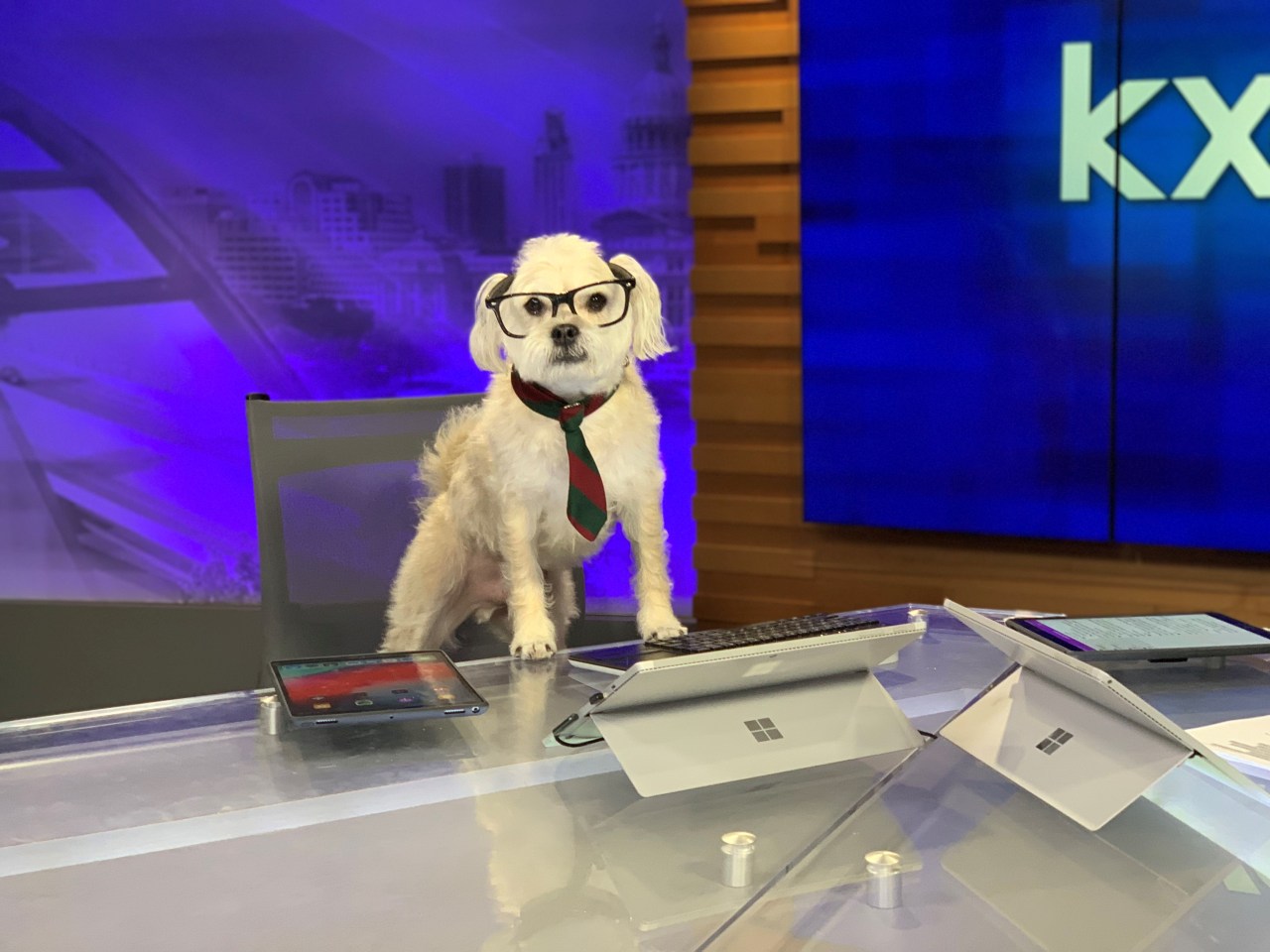 “The book is based on the true story of an unwanted dog who was discovered in an alleyway behind the Austin television station KXAN and his remarkable transformation into an important member of the local animal therapy and rescue community,” according to a publication for the book.

Kaxan quickly became a local TV star, expanding his advocacy for all kinds of animal welfare and the nonprofits that support them, the release said.

“Kaxan’s charitable work has won him many accolades. He was named one of the top 3 therapy dogs in the nation, making him a finalist for an American Humane Hero Dog Award,” the release said.

“Becoming Kaxan” will make its debut at the Texas Book Festival on Saturday and Sunday on the State Capitol grounds from 1:00 PM to 3:00 PM. Kaxan, Jim Spencer and Edward Flores will be at exhibitor Tent 1, booth #110, for Treaty Oak Publishers.

Kaxan’s “Pawtographs” will also be available at the booth, and a release said profits from book sales would benefit local animal welfare organizations.

The official launch of the book is on November 13 during the Mighty Texas Dog Walk at Camp Mabry, where Kaxan will be the Grand Marshal.

“Becoming Kaxan” can be purchased on Amazon or during the Texas Book Festival and Mighty Texas Dog Walk at Camp Mabry.